“Make a Life, Not Just a Living! Work is not just about making a living – it’s also about bringing value to the company as a whole while taking care of your own responsibilities, and this is what brings you job satisfaction.”

If you enter Mr. C.F. Kwan’s Chinese name 關則輝 in a search engine, you should be able to find news articles about him averting potential public image disasters or sharing success stories about corporate communications or public relations. Before CF departed from our Company, the Editorial Team invited him for an interview where he shared the unforgettable experiences he had during his 11-year tenure at Hang Lung, and his philosophy on the way to conduct oneself.

Joining Hang Lung in April 2011, to lead the Corporate Communications Department, CF was also tasked oversee the Investor Relations Department from June of the same year. Over the last 11 years, he witnessed the rapid growth of the Company’s Mainland businesses and personally attended the grand openings of seven malls in mainland China. During this period, the Company also successfully bid for land plots in Kunming, Wuhan, and Hangzhou, while the proportion of its Mainland rental revenue to total rental revenue increased from 47% in 2011 to 67% in 2021. 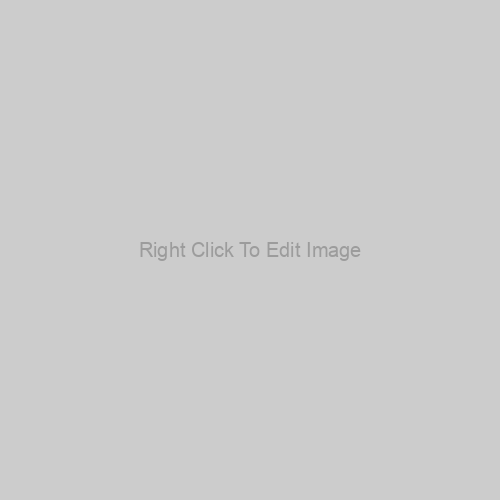 In January 2020, the outbreak of COVID-19 led to a full lockdown in the city of Wuhan. At that time, the virus was not fully understood around the world, and close to 200 staff members in Wuhan, including 20 assignees from Hong Kong, were suddenly faced with various lockdown-related challenges. The situation left a profound impression on CF, despite him being a veteran in corporate affairs and crisis management. “Our colleagues had to remain at home for almost two months, and there were issues with paying their salaries. Thankfully, through cooperation between the HQ (Hong Kong) and HQ (Shanghai), our team in Wuhan managed to continue paying salaries on time during the lockdown period,” he recalled. In addition, the Company allocated RMB 10 million to set up the Hang Lung Novel Coronavirus Relief Fund, from which RMB 6 million was donated for the construction of Leishenshan Hospital, in an effort to provide support for city-wide anti-pandemic measures in the best way possible. The team spirit demonstrated throughout the Company during the lockdown made CF extremely proud.

CF also held discussions with top management regarding plans to welcome staff members back to the office. He said: “Besides properly disinfecting and cleaning the office and providing anti-pandemic supplies to our colleagues, we decided to organize an online welcome back party. Our Chair, Vice Chair and CEO interacted with our colleagues in Wuhan and gave them words of encouragement. The event was very positive and uplifting, and I was honored to be the moderator of the online party.” When asked about the thing he is most proud of from his journey at Hang Lung, “Being able to work with an outstanding management team and to establish the Hang Lung As One Volunteer Team across Hong Kong and 11 properties in nine Mainland cities is the achievement I am most proud of,” said CF. He is also grateful to have worked with our Chair, Mr. Ronnie C. Chan, whom he views as his life mentor. “Ronnie is a person with vision and wisdom, who is also well-connected, meticulous and unpretentious. The experience I gained during our business trips overseas has indeed widened my horizons.” Inspired by Ronnie’s donations to academic institutions via a family foundation and his practice of naming relevant projects in honor of his parents, CF, who is also well-known for his filial piety, returned to his alma mater – Heep Woh College – on his birthday in 2014. There, he named an auditorium as well as a literature and history study center after his parents, who were present during the naming ceremony.

In the early 90s, during a time when the idea of sustainable community investment (also known as SCI, or more broadly, corporate social responsibility “CSR”) was just starting to take shape among companies in Hong Kong, CF had already implemented a SCI culture in Cathay Pacific, the company where he worked at the time. The “Change for Good” inflight fundraising program – a cooperation project between the Hong Kong Committee for UNICEF and Cathay Pacific – was expanded to cover all of the airline’s global destinations. Why did he have the foresight to integrate SCI into corporate strategies? “I have always believed that in addition to bringing value to shareholders, companies should also benefit to society, and the best method of doing this is by utilizing the company’s operations and employee expertise to make a contribution,” said CF.

Besides contributing to society in his work, CF also participates in volunteer activities with his wife during his spare time. He serves as a mentor for a number of secondary school and university students from Sham Shui Po District, and has been subsidizing the studies of students from poor rural regions in mainland China via the China Care Fund since 2009. To-date, he has supported more than 60 students, many of whom have already completed their university studies. CF and his wife participate in volunteer activities His Late Father as a Role Model

In terms of his role model in life, CF immediately responded: “My late father is my role model and particularly influenced my attitude towards personal conduct.” When CF was small, he used to live in a public housing estate in Tsz Wan Shan, and his father, who worked as a security guard at HSBC, was the sole breadwinner for the entire household of seven people. He recalled: “Back then, society was far less decorous, and security personnel like my father had to stand on duty for nine hours straight every day. Nonetheless, he maintained a positive attitude, even ensuring his shoes were polished to perfection each day before leaving home, in order to give his best at work. He once said that his biggest achievement was raising his kids without any of them going astray.” When CF graduated from university, his father gave him a watch as a gift, as a reminder that being punctual is essential in life. It is no wonder that CF is always well-presented, wearing a suit, cufflinks and a pocket square even when conducting classes for students via Zoom. He always arrives at any meeting or event well before the scheduled start time. “This is a way of being professional and respectful,” he added. CF always reminds his team that in order to do well in corporate communications, it is essential to understand what is actually happening in the Company’s various operations, including the work of the frontline staff. The picture above shows CF putting on a staff uniform and joining the frontline team to serve customers at Amoy Plaza A running enthusiast, CF believes that sport helps forge a strong will and determination

Retired but not Tired, He will Contribute Wholeheartedly to Society

After his retirement, CF will focus entirely on contributing to the community. He will continue fulfilling his responsibilities as the Chairman of the Community Investment & Inclusion Fund Committee, which is an unpaid public office. The aim of the fund is to mobilize social forces to help those in need and create social capital. He will also continue to teach at The Hong Kong Polytechnic University for the Master of Arts in Bilingual Corporate Communication program, in order to pass on his experience to the next generation. Visiting the students whom he has supported through the China Care Fund is also on CF’s wish list after the pandemic subsides, and most importantly, he would like to spend more time with his mother.

“Living a life means participating in lifelong education – it’s just like running a full marathon of 42.195 km. You need to enjoy the process and live an abundant life.” 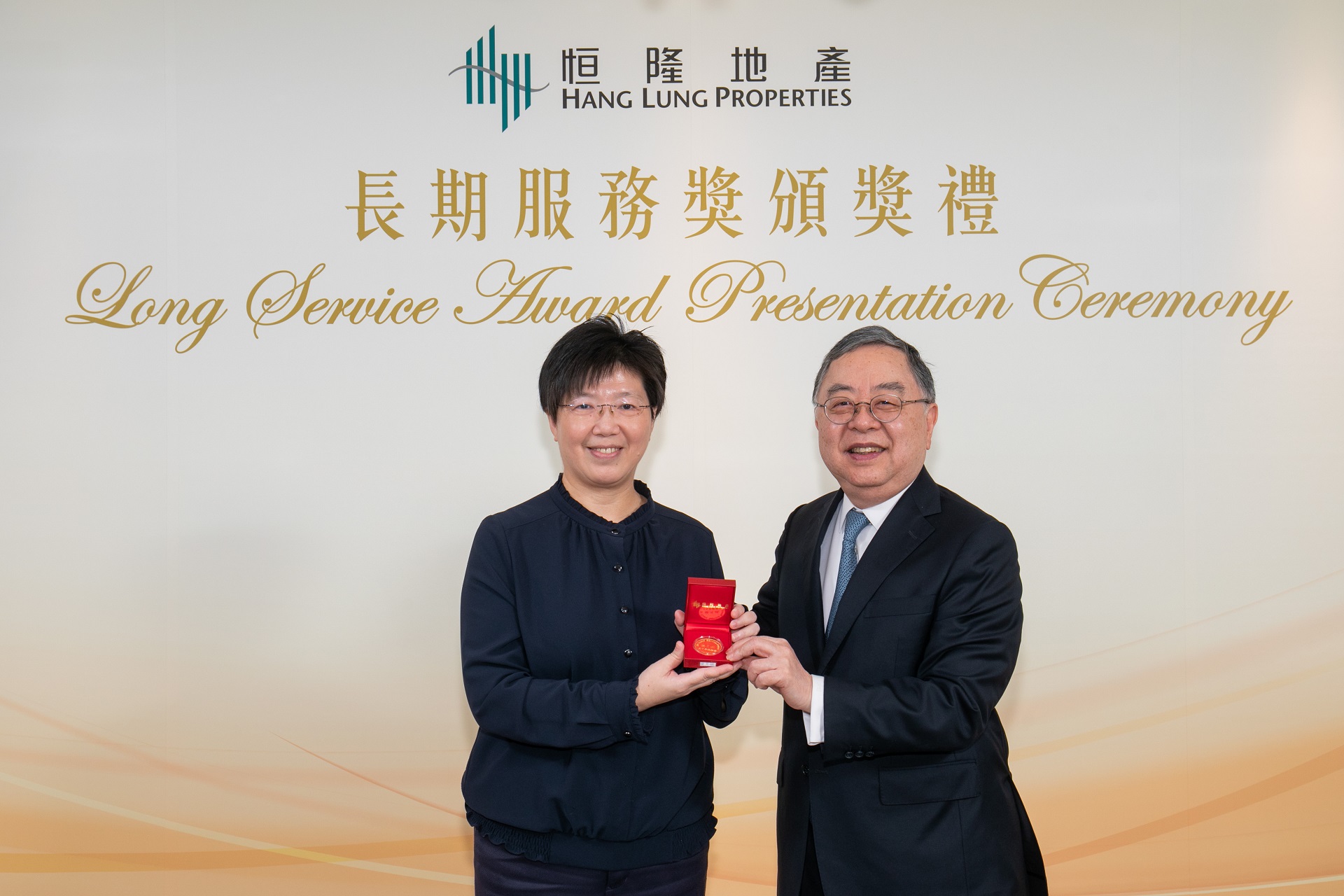 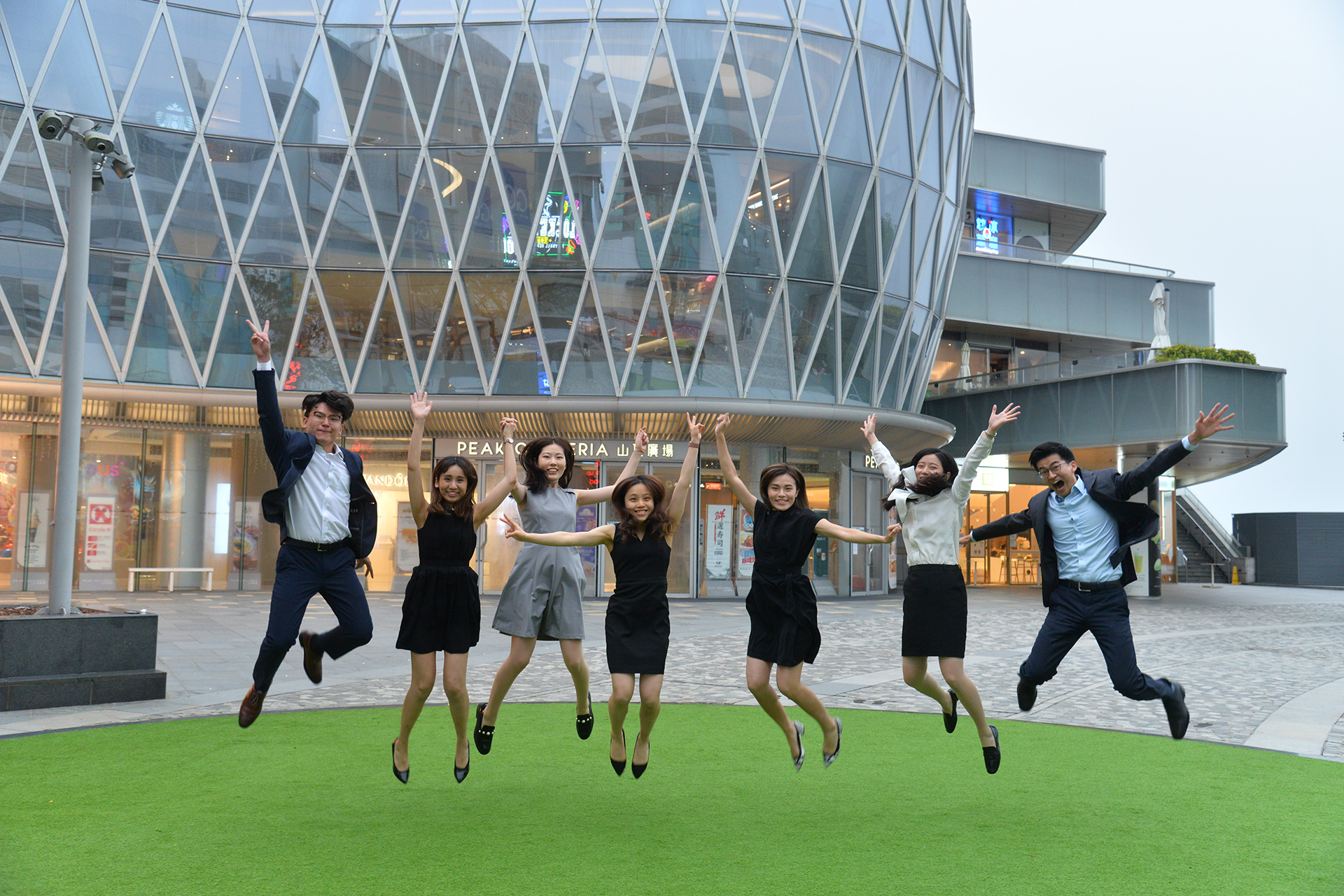 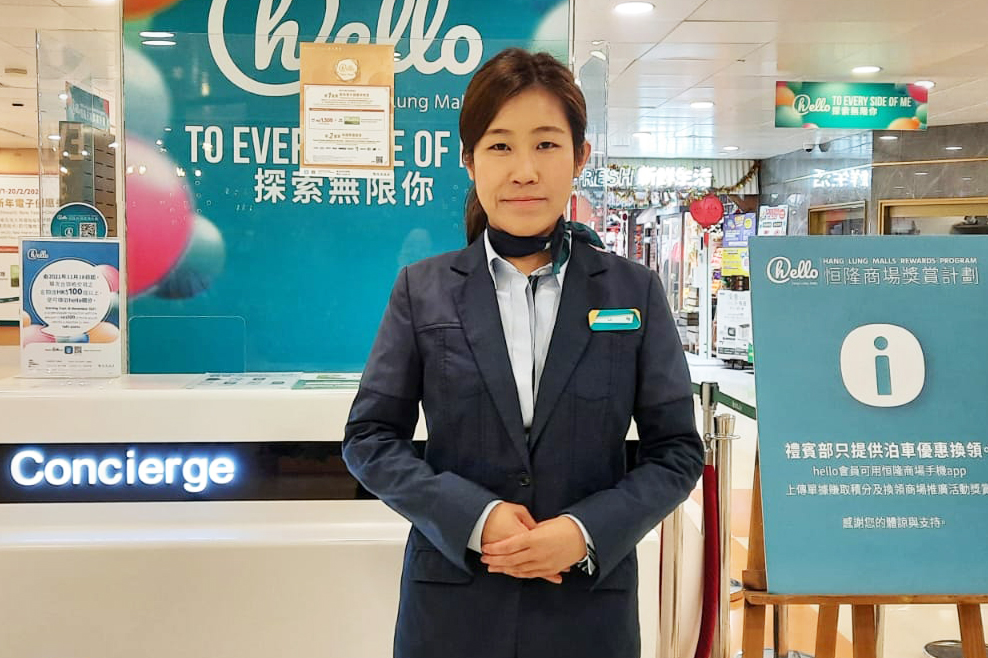 Thinking Out of the Box and Making Breakthroughs, Redefining the Meaning of Customer Service
Hang Lung People | Jun 1, 2022 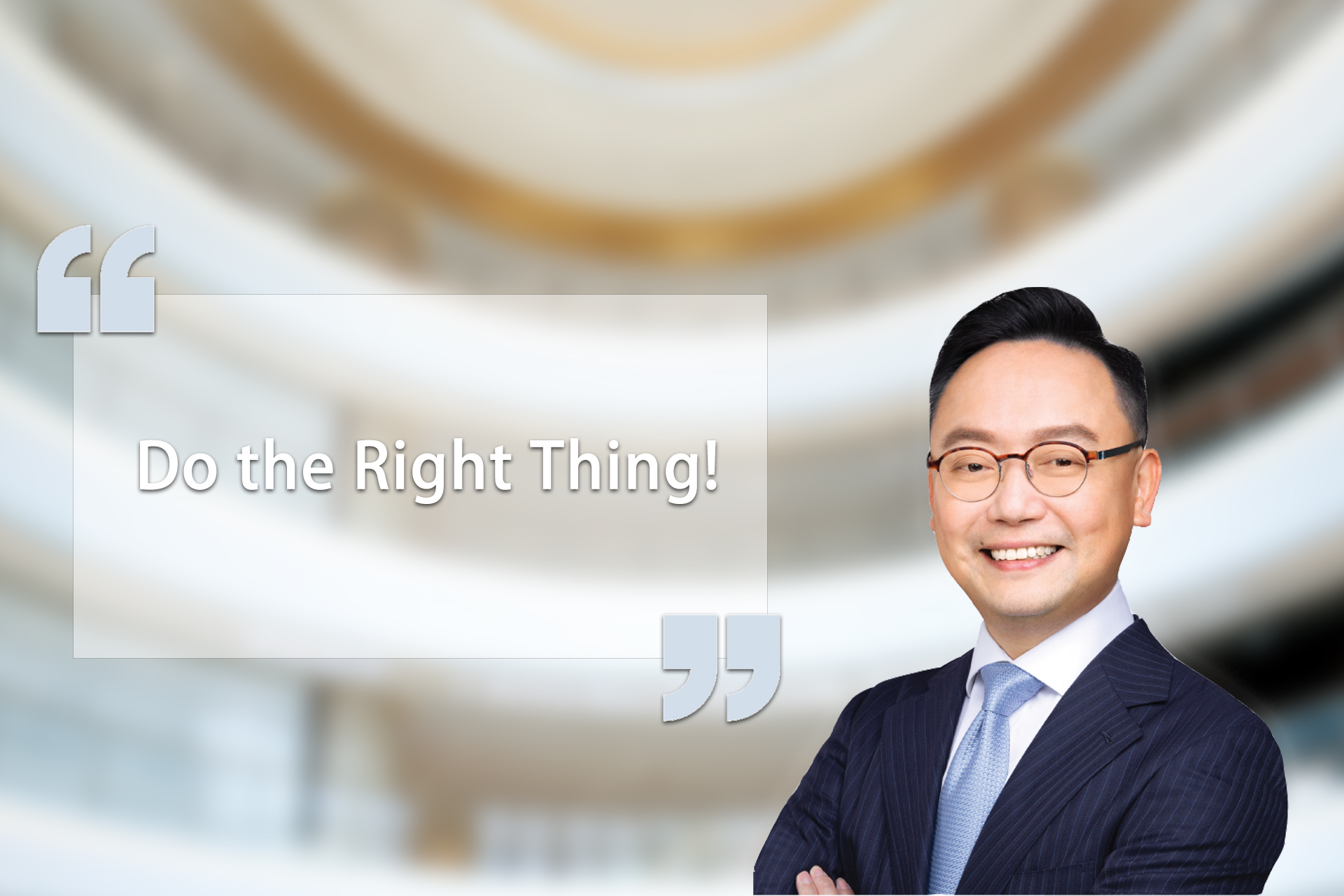 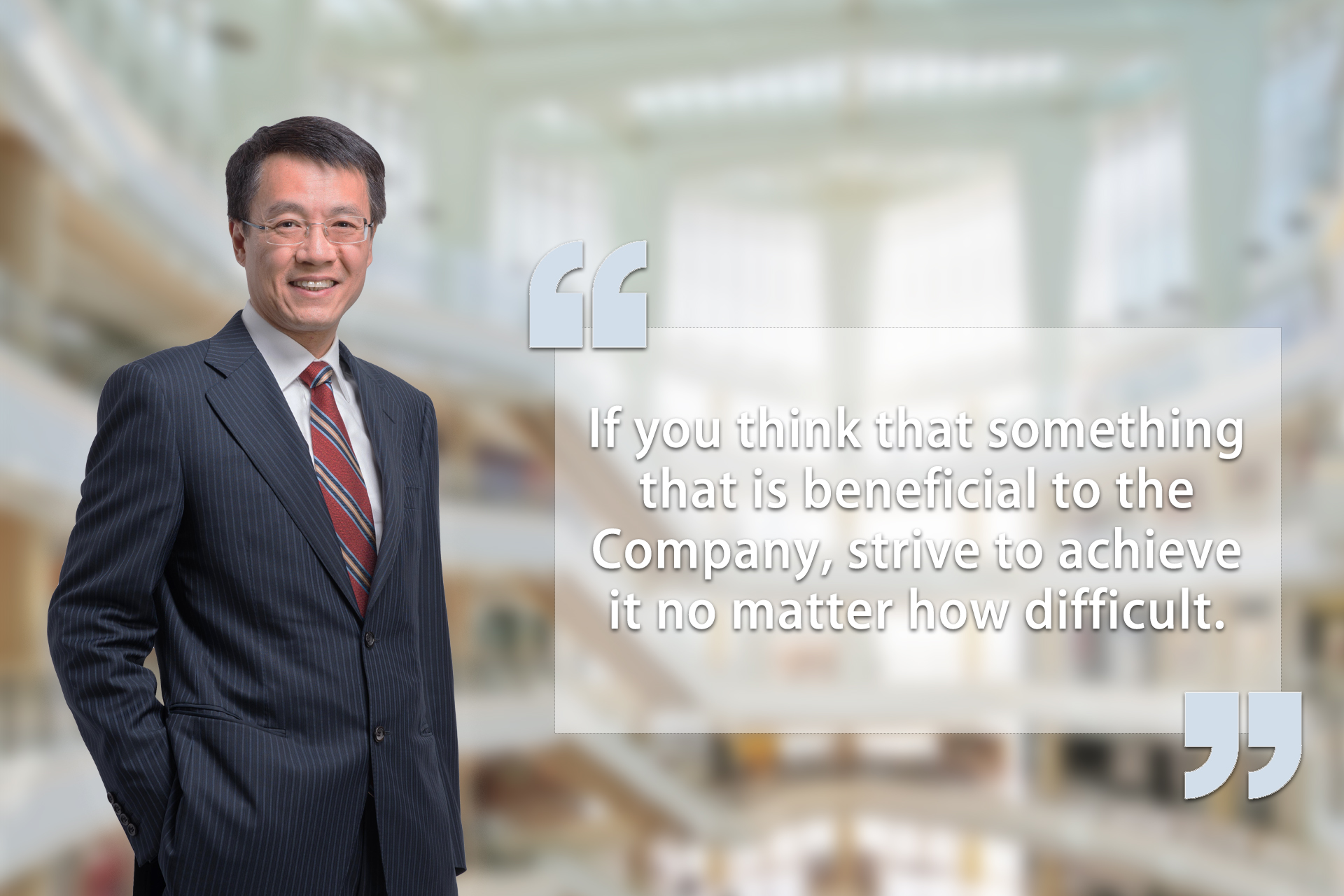 H.C. Ho, The Then Chief Financial Officer – Hold on to Your Beliefs and Bring Forth New Ideas
Hang Lung People | Mar 1, 2022